Fast forward 8 months and we are living on South Padre Island, Texas and did a day trip to Boca Chica Beach, Texas. Don’t worry we will go back and let you know how we got here with future blog posts.

I am currently working on mapping out all our stops along the way. Check out our Map when you get a chance. 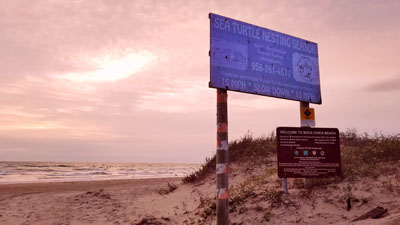 We woke before the sun rose to get to Boca Chica Beach, we wanted to get there early enough to look for seashells before everyone had picked through them. Funny enough when we got there it was still dark out, but it ended up being okay because we both had to go to the bathroom so we drove back to Brownsville.

Once back at the beach, we got to see the sun rise over the ocean slowly lighting up the whole sky. The pale sand was still cool from the night with scattered seashells here and there. Many of the shells were also similar to the ones we often saw on South Padre Island. So we didn’t grab very many.

However, we did end up picking up quite a bit of plastic and garbage. Somewhere close to a hundred pieces. Luckily, there are many garbage cans located all across the beach, so whenever we got to a point where we couldn’t pick any more up, we would come across another garbage can. 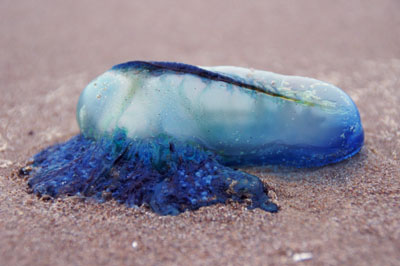 BREAKING NEWS: How the Portuguese Man of War Cause a Shipwreck! No, sorry I was kidding. That would have been crazy though.

A common attraction at Boca Chica is the boat wreck. It is really quite cool. Bared in the sand, this boat doesn’t look particularly old but the stories and the songs that have (and could still) come from that boat wreck.

Along with the boat wreck, we also saw a Portuguese Man of War, which are deadly yet beautiful creatures. The one we saw was washed up on the shore of the beach.

Fun Fact: These animals are often mistaken for Jellyfish, but they are actually Siphonophorae because instead of it being an individual organism (like Jellyfish) it is actually a colonial organism. Also, the Portuguese Man of War can still sting you even if they are dead so be sure to watch out! 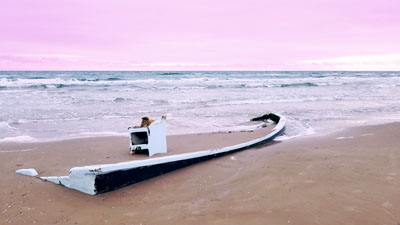 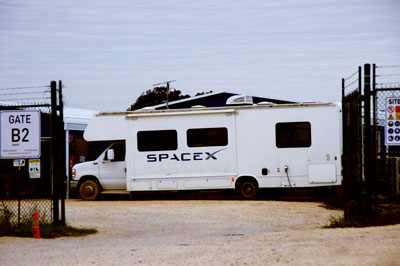 SATELLITES – THEY WERE HUGE 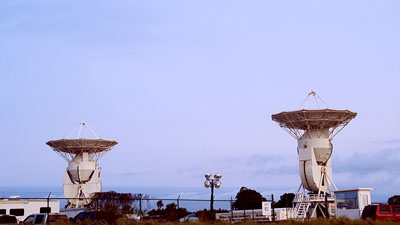 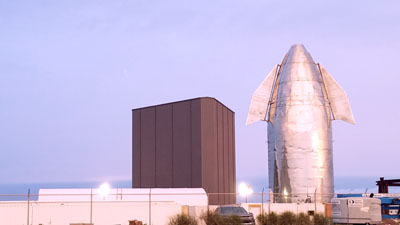 Space X has a launch site close to Boca Chica, which was a pretty cool thing. We could actually see it pretty close to the road. Very alluring.

Once back at the camper, we both took naps then did some work the rest of the night. Earlier in the day, I asked people on Facebook “If you could go anywhere in the United States, where would you go? Chuck and I are creating a Bucket List.” So I spent a good portion of the night creating a spreadsheet of everyone’s responses. I always love to hear what suggestions people have.

We will be posting the results in our next blog post!

Yay I’m so excited! Overall, it was another amazing day full time RVing.

Go to the bathroom before you head out to Boca Chica Beach, Texas. There are no bathrooms on the beach and the closest one is 20 minutes away. Also, under no circumstances, do NOT touch the Portuguese Man of War!

QUESTION OF THE DAY

You’re invited to post your positive experiences to encourage, inspire, and/or help others.

Have fun and remember, this is a complaint free zone.

Be sure to subscribe to the Chuck and Sandi Blog and/or the Lesson Pros Music Education Blog.

Thanks for the love and support,